Secret Path Live was an incredibly moving and impactful night for so many people, made even more special thanks to the generous support of the Buy One, Give One (BOGO) ticket purchasers. The BOGO ticket included one complimentary ticket for a Legacy School student or Indigenous youth who could not otherwise afford to attend the show. Through their generous support over 100 students and educators were able to attend, with five groups travelling over 1000km to attend. 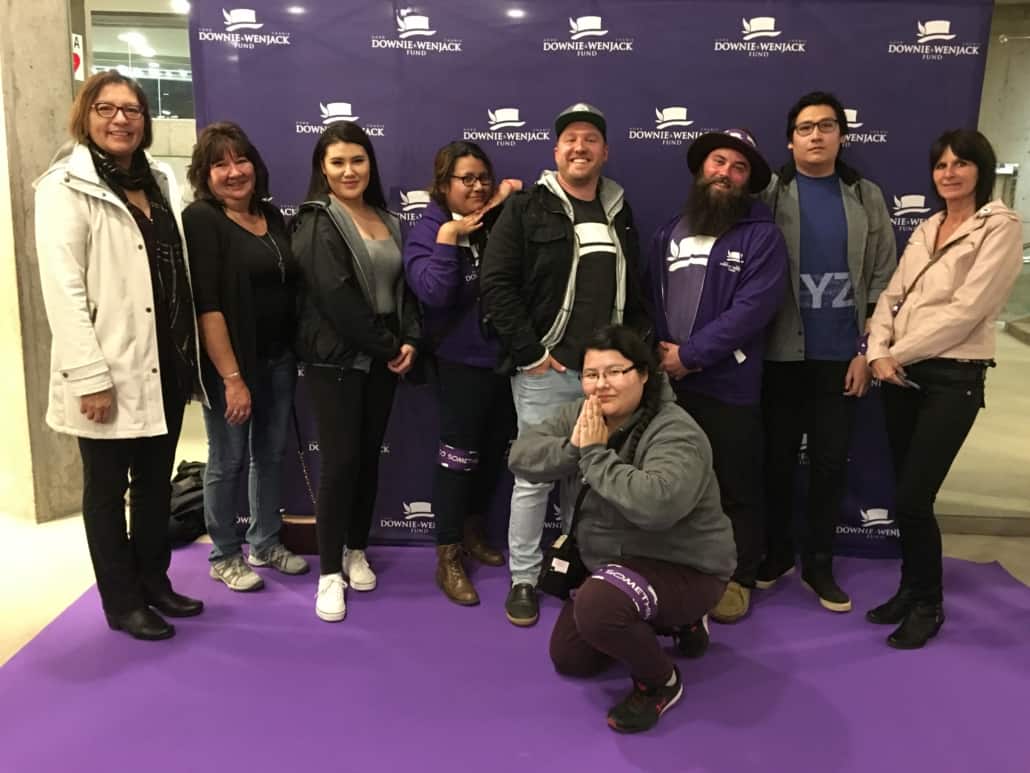 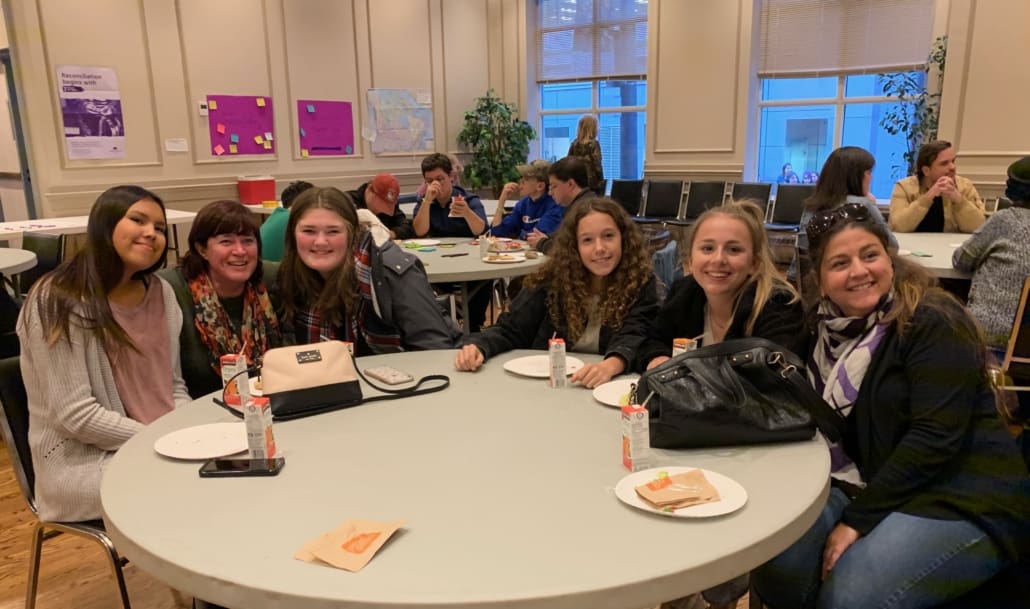 When the Gord Downie & Chanie Wenjack Fund (DWF) realized how many people were willing to travel great distances to bring students to the show, we knew we needed to provide an opportunity for the students to meet one another. A student “meet and greet” took place prior to the show across the street from Roy Thomson Hall. Students played games, ate pizza, and shared their stories. Students also took turns pinning their names to a map of Canada to show just how far everyone had travelled to attend this special night. For many students attending this was not only their first concert but also their first night away from home. In some cases, it was their first night to ever leave their community. 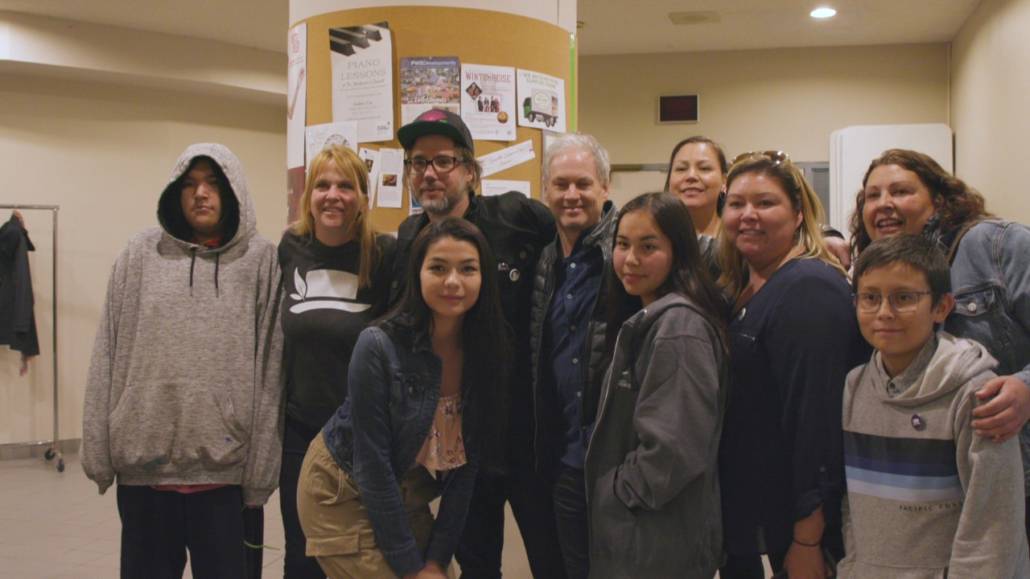 Some of the artists performing later that evening surprised the students, taking the opportunity to visit and connect with them. Kevin Drew (Broken Social Scene/Secret Path Band), Peter Dreimanis and Leah Fay (July Talk) and Johnny Fay (The Tragically Hip) all stopped by to welcome the youth to Toronto and to the Secret Path Live concert.

The evening and the experience would not have been possible without the support of our sponsors and BOGO ticket holders. Miigwech, thank you to everyone who made this night a reality!

We attended the concert yesterday and for us, it was amazing. It was not just the music – it also left a few questions and curiosity in our mind. We are trying to gather as much information as possible about Gord Downie and his life, the reconciliation efforts, albums & more importantly about Chanie Wenjack, the little boy who have lost his life in order to go back to his family. 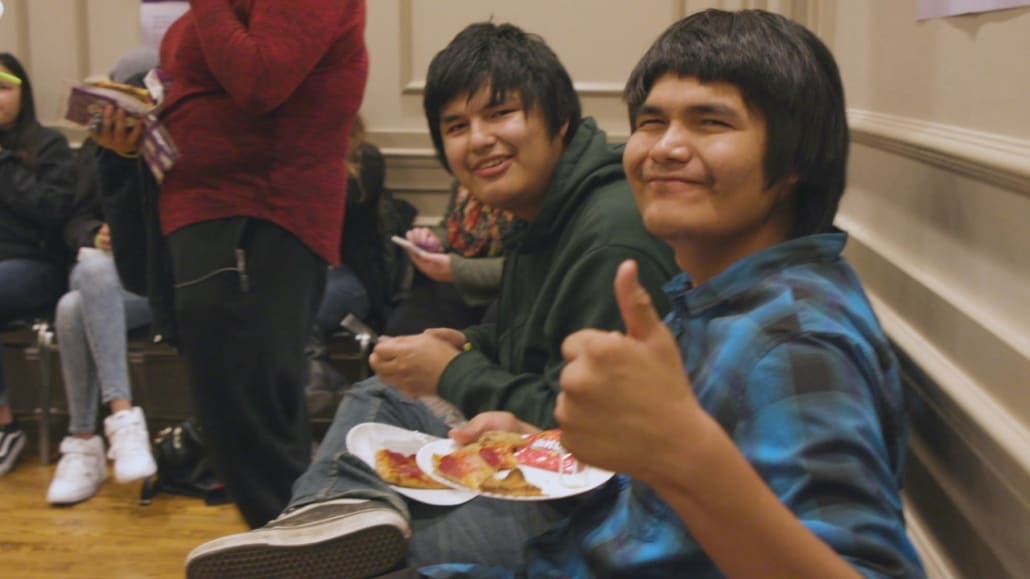 The kids and I want to thank you for providing a meaningful event for everyone. It is a night we will never forget. The kids had fun at the meet and greet and were deeply moved by the live performance. I was even more humbled to be a part of this amazing organization and am fired up to make a difference. We extend our gratitude to you and DWF for a memorable and powerful evening where we came together to reflect on why reconciliation is so important. Chanie and Gord’s lives have indeed inspired us to “Do Something”. 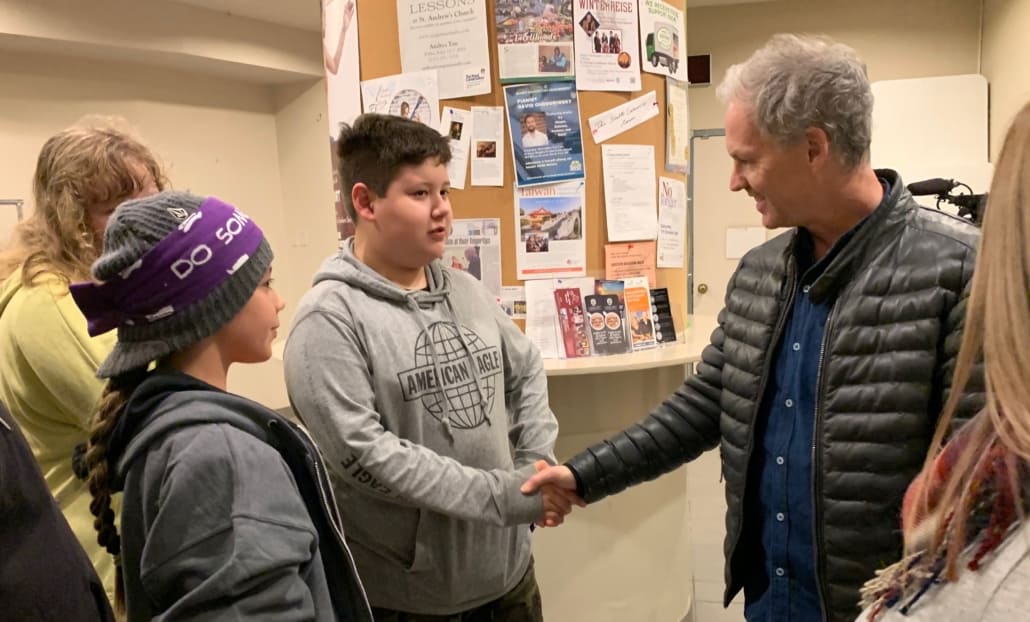 I found Secret Path Live to be a magical experience, where love and truth found its way from well-known and wonderful musicians to an audience ready for what it brought them  – hope for the future.

We enjoyed the concert and how engaged they were with the crowd. Our students enjoyed the message that was shared and loved seeing the information shared down in the lobby. 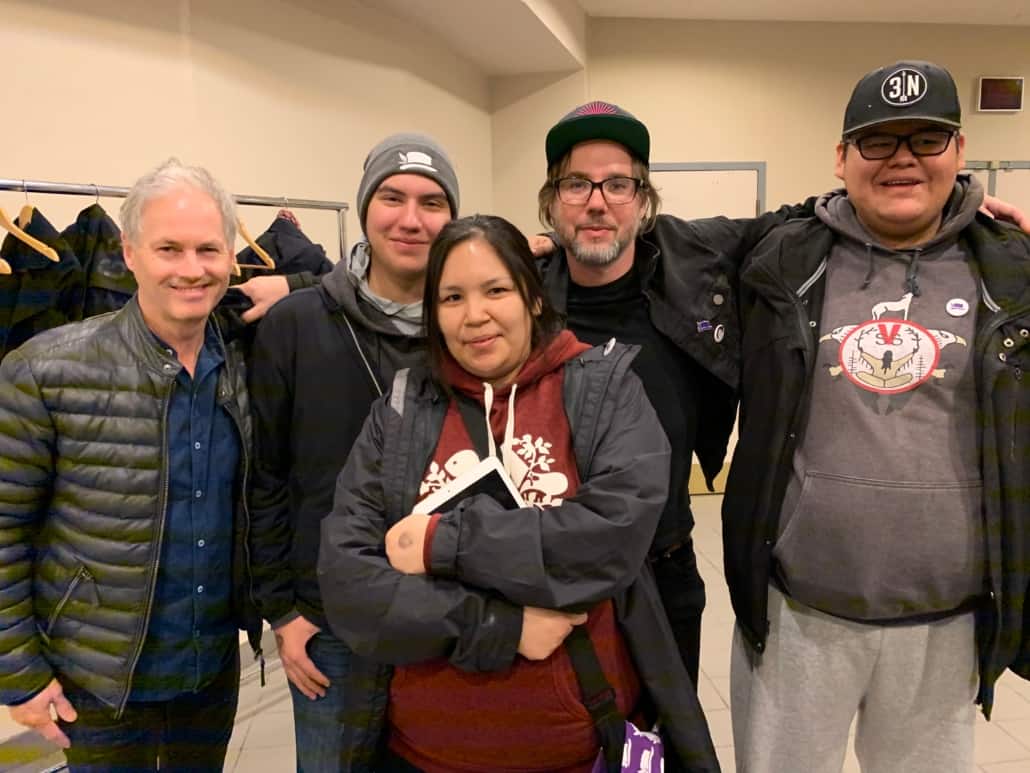 The energy at the event was nothing short of magical.

Very well done! A powerful story that should be told to as many children and youth as possible – Indigenous and non-Indigenous alike.

Gord directed music videos, narrated the Waterlife and National Parks Project documentaries, and appeared in a number of films including director Michael McGowan’s One Week and director Mike Clattenburg’s Trailer Park Boys: The Movie. In 2014, Gord and his brothers, Mike and Patrick, along with Patrick Sambrook, started the production company Edgarland Films.

In August of 2016, Gord asked all Canadians to look at the state of Indigenous-settler relations in this country and to “Do something” to change them for the better. In December of 2016, Gord was given the Lakota Spirit Name, Wicapi Omani, which can be translated as “Man who walks among the stars” for his reconciliACTIONs.